Get fresh music recommendations delivered to your inbox every Friday.
We've updated our Terms of Use. You can review the changes here.

The Obscure Side Of Art 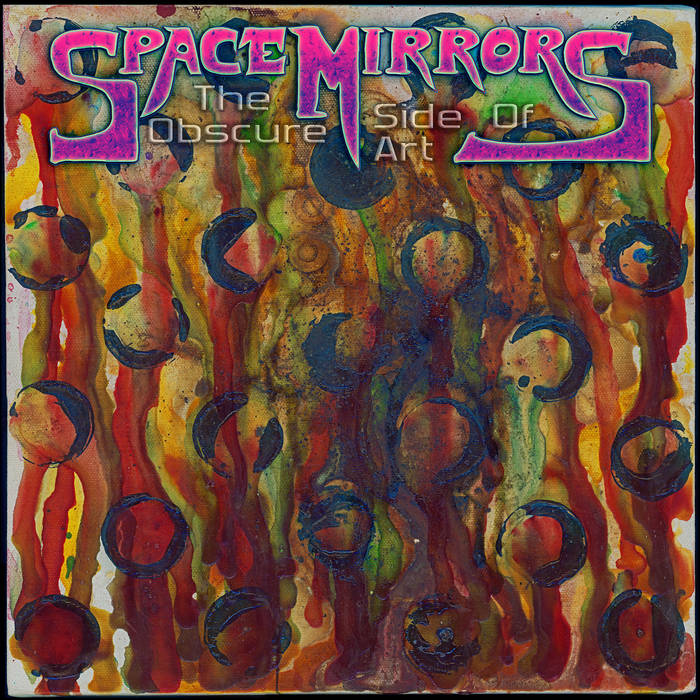 "...this album is the most magnificent simmering volcano set to music, that you could hope to hear." Andy Gee of Gee Force Radio/Inkeys

"It’s all instrumental, spiraling into the realms of outer and inner space... If you like space rock and/or ethereal/ambient space music, you might like this album, which exists in the intersection of those realms." Cliff Winnig, SF writer.

"An album that mixes the most classic features of the Space Rock of the origins, with more electronic and modern sounds, enriched by a valuable use of effects... This project confirms to be one of the main groups of the modern Space Rock scene, with a sound that draws inspiration from the masters of the genre and proposes it with its own original personal traits. A listening recommended for lovers of Space Rock sounds and bands like Hawkwind, a good journey through the cosmos and deep space." Progressive Rock Journal

CD is available here on Bandcamp (back in stock).
Also it can be ordered at www.discogs.com/seller/newmorningmusicday/profile or by email: jens.deneke@t-online.de

"International spacerockers Space Mirrors are back with new album "The Obscure Side of Art" which is a sequel to their debut "The Darker Side of Art". This time leader Alisa Coral changed the approach and with fellow musicians from USA recorded an album of completely instrumental music. On this musical journey they are exploring the boundaries of Space Rock, Krautrock, Folk Rock, Psychedelic and Progressive. While music is original the certain influences of such bands as Hawkwind, Ozric Tentacles, Ship of Fools, Tangerine Dream can be heard. Lots of different instruments were used while creating the arrangements - from guitars, synthesizers and flutes to contrabass balalaika. Each of six lengthy tracks was inspired by the story of its own. And every composition also has separate page in the booklet with unique art created by the longtime collaborator Kevin Sommers."

Space Mirrors "The Obscure Side of Art"

1. The Highest Expression of Metaphysical Will
2. The Obscure Side of Art
3. Trip to Mars/Mars InSight
4. Bronze City in the Dream Valley
5. Beyond The Pluto
6. Dark Jedi is Dead

From track-by-track review by Andy Gee (Gee Force/Inkeys):
"The album opener sets the scene with a soaring slice of multi-layered space synths as a pulsing rhythm drifts in the distance, then you hear drums echoing from afar, the amorphous synths swoop and soar, as the whole thing drifts in a huge expanse of space, reminding me strongly of T Dream's “Alpha Centauri-Atem” era. But then this restrained yet heated electric guitar layer, simmers in a haze of fuzz as the remarkable track comes to an end.
From there, the 9 minute title track suddenly explodes in a hail of drums, synths, deep bass and soaring synth melodies, as the thick mass of psychedelic guitar sets fire to a heated drift below it all. By now, there's this huge depth of instrumentation, more layers than a wedding cake, as the track stomps along with authority, sequencers entering to give added strength to the rhythms, the electronics flying all over the show, as the drums thud and drive, the assorted layers coalesce into a rhythmic melody line, and the sheer strength of it all, is positively mesmerising, mixing Teutonic Electronic, space-rock and psych in one breathtaking melting pot, ending in a rhythm-free squall of Tim Blake-esque synths.
“Trip To Mars/Mars Insight” decelerates the intensity thanks to a lightness of touch from the electronics that waft over relaxed strummed, guitar, chunky drumming propelling the piece slowly on, and a seemingly endless drift before the track suddenly changes shape courtesy of Middle Eastern-sounding percussion, a drone here, a synth drift there, the guitar flying slowly on as more and more layers rise like smoke rings into the skies and the whole thing is a bright, relaxing and quite exquisite mix of atmosphere and rhythmic solidity, sort of “Michael Rother-meets-Klaus Schulze on a sunny day”.
The 8 and a half minute “Bronze City In The Dream Valley” kind of continues where the previous track left off, only here the strummed guitar work is more to the fore, the exotic percussion and drumming clops along strongly while the appearance of Alisa on flute, provides a decided sound and feel of the classic Krautrock album “A Meditation Mass” by Yatha Sidhra, form a galaxy a long time ago, only here, she adds more of that twangy guitar, the rhythms are altogether more muscuar but rarely has a flute lead (which normally I just don't get on with), sounded so perfect for the gradually increasing intensity of the track, as the guitar work gets more heated, more savage and the piece, overall, really starts to erupt, only then to drop back to what has so far been its addictive structural path – a truly stunning composition!!
“Beyond The Pluto” is a 7 minute track that starts with sequencers, assorted layers of electronics, bleeping and drifting away, as what sounds like some out of focus sea of rippling violin strings from an alternate galaxy, drifts in and out. Then, a magnificently mighty, chunky drum rhythm starts in the background as the sequencers continue, synth leads of a more restrained nature, interweave through and round the rhythms and layers, as the whole thing tumbles along in a kind of much darker atmosphere, with all layers and textures, rhythms and drifts, blending together in one huge expanse of “electronic cosmic darkwave Space-rock”, and the effect is mesmerising, ending on a massively intense sea of guitars and electronics, rising up like some monster from the deep, and every bit as scary.
The 5 and a half minute “Dark Jedi Is Dead”, roars into life via a cyclical piano melody line, searing heat guitar bursts, deep bass layers of electronics and bass, solid spiky drumming, and yet another ocean of intensity that ebbs and flows as the track progresses. Then, as the rhythms continue, the mix of distant flute, synths and guitarbursts, plus the forefront bass work, allied to a synth mlody line that flies into the sky then disappears abruptly, only for the hugely dense strident core of the trac, to intensify, add more guitars and climb to the heavens in a manner that's almost commercial, with delightfully melodic touch from the piano, which again, albeit brief, sits perfectly in among the massed ranks of electronics, guitars and drumming.
The album ends with a kind of “bonus track” in the form of a 2019 studio demo of the aforementioned “Bronze City” and, far from filler, actually gets you right into the heart and soul of what the huge expanse that is the album track proper, eventually became."

Bandcamp Daily  your guide to the world of Bandcamp

Mille Petrozza stops by to talk about the new Kreator album, plus music by Trauma Bond